M.U.G.E.N offers a variety of basic modes. There's Arcade, VS Mode, Team Arcade, Team VS, Team Co-op and even Survival Mode. You can select between 1 on 1 fights, or simultaneous 2 vs 2 fights, which are always action packed. If you're playing alone in 2 vs 2 mode, your ally is controlled by the computer. Both teammates share the same super meter and of course can use super moves at any time during the fight... talk about some crazy combo possibilities!

The legendary Kung Fu Man is the first and only original character created for the M.U.G.E.N. engine by the creators, Elecbyte. This is the closest thing you'll get to a Kung Fu Man TFG Profile, so enjoy. 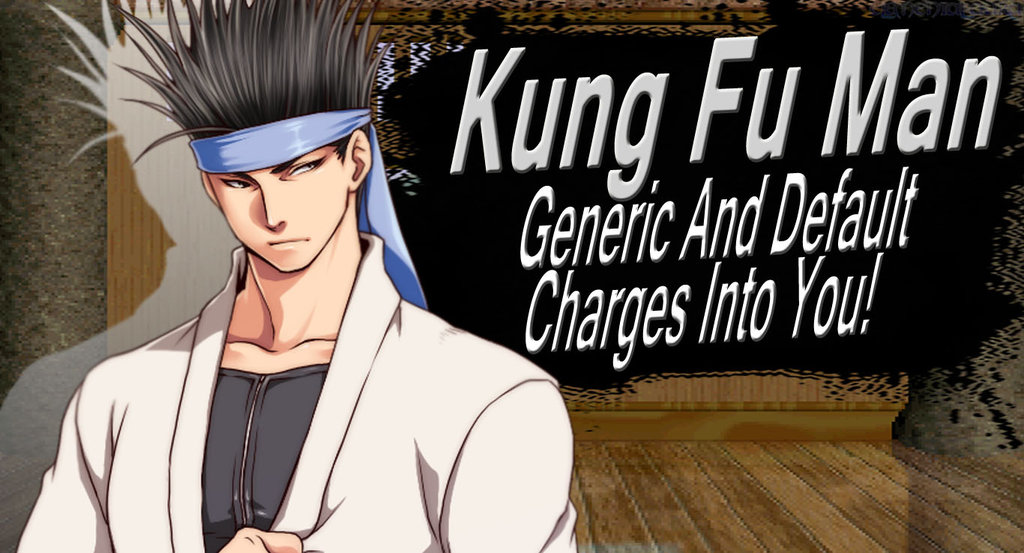 Yeah, he's one generic looking dude (and that's the joke).

Kung Fu Man is a basically an underground meme for M.U.G.E.N. (and many users have created fan art and sprites for KFM). As the game engine's development progressed, so did Kung Fu Man, gaining the occasional new move, implementing newly created engine features, and at one point sporting an improved look. His story was never actually fleshed out by Elecbyte themselves, but he's still the beloved "poster boy" of M.U.G.E.N. And ironically, Kung Fu Man actually isn't the worst fighting game character design I've seen.

I hear he has a fan club.

Salty's Dream Cast Casino or just SaltyBet for short is a website (Saltybet.com) that embeds a Twitch.tv stream usually of live competitive events like the Evolution Championship Series and allows its users to place virtual bets on said events. When there are no notable competitive events running, the stream runs AI M.U.G.E.N matches and allows people to bet on said matches. Salty Bet is purely for entertainment purposes and no real money will be paid out. 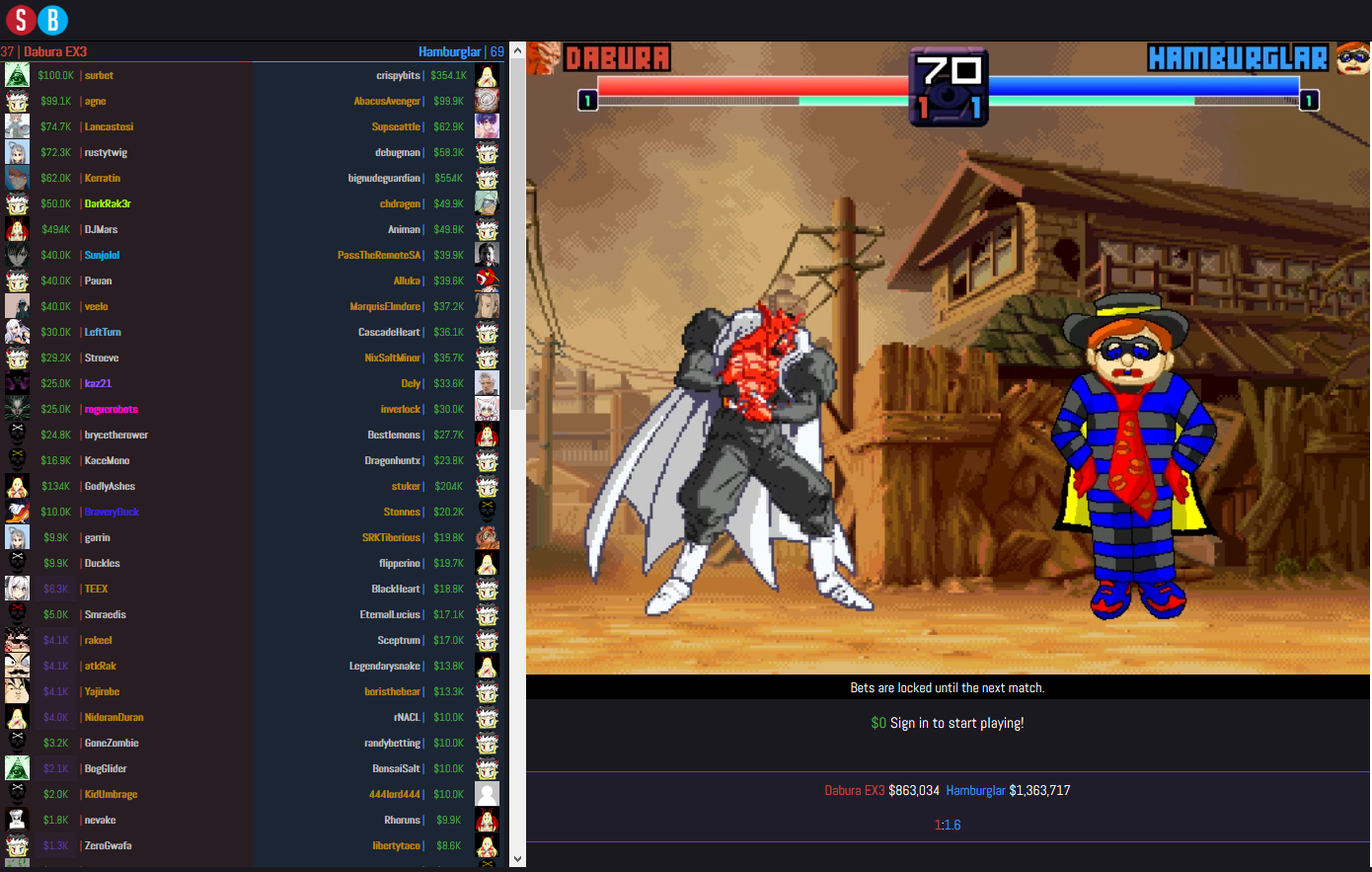 Users that create their account start with $400 in fictional currency of Salty Bucks that can be used to place their bets. Between every match there is a betting phase during which the players can place their bets. If a player loses all their money they get a bailout of $100 Salty Bucks. SaltyBet also features a paid subscription feature named "Salty Illuminati", joining to which allows users to view match records, edit character stats, and make match requests.

A member of the "M.U.G.E.N Community" contacted me and informed me that the M.U.G.E.N community asked both SNK and Capcom for approval of using their characters in M.U.G.E.N. SNK actually gave permission for their work to be used in M.U.G.E.N specifically, while Capcom gave their generic email response saying it was ok if their work wasn't used for profit. (Thanks to Lee Tuttle for the information)

The previous license agreements for usage of MUGEN from Elecbyte have expired, and it appears that a new license agreement will never be granted. Therefore, any current distribution of MUGEN has not been authorized by Elecbyte and is illegal, although Elecbyte has never taken any legal action; it has simply disappeared without explanation. Many people choose to continue using MUGEN despite the lack of a new license.


Creations such as characters and stages for use with MUGEN are not a part of Elecbyte's license, but only the software itself is. So it is up to each individual to decide whether or not to violate Elecbyte's license by using MUGEN. Elecbyte itself has not made a public statement since 2003 when they stated that the project had "hit a snag". That it was, in the truth, an excuse to have disappeared, leaving the users and creators without any alternative. ~Source: Wikipedia